"Ayurveda Art of Being"

Summary: Pan Nalin's Documentary on Ayurveda, revealing how the revitalised holistic discipline, based on the most ancient of techniques, can be applied in this age of nuclear power, the internet and instant everything. (Kino International)

Ayurveda is science of life and art of healing; where body, mind and spirit are given equal importance. This voyage of thousands of miles across India and abroad takes you on a unique poetic journey, where we encounter remarkable men of medicine or simply a villager who lives in harmony with nature. "Hope is nature's way of enabling us to survive so that we can discover nature itself."

An infomertial in the guise of an introduction to the ancient Indian practice of Ayurveda, a philosophy of living in harmony with the universe that includes a rich medical tradition. Ayurvedic medicine proceeds from the notion that disease results from the imbalance of three doshas (biological energies) — pitta (fire), kapha (water and earth) and vata (air and space) — within the human body.

Ayurvedic tradition made the connection between mental illness and brain chemistry (expressed in the language of bio-energies) long before Western medical practitioners, and advocated a holistic combination of medicine, massage and meditation to restore balance. If those Ayurvedists interviewed here are representative of Ayurvedic practitioners, they aren't hostile to Western medical traditions; several suggest that all healers should collaborate for the benefit of patients. That they habitually use the generally pejorative term "allopathy" to refer to Western medicine could be merely a matter of thoughtless translation or an indication of underlying hostility.

The irony — that the term allopathy is rooted in the discredited practice of achieving health by the balancing of "humors" (blood, phlegm, yellow and black bile), an idea that parallels Ayurveda's emphasis on adjusting doshas — goes unremarked. As depicted here, Ayurvedic theory and practice owe as much to Eastern mystical traditions as to herbalism and a sophisticated understanding of the mind's ability to influence the body; its traditional documents are written in the language of poets rather than the dry terminology of researchers. But while the frequent allusions to gurus and doshas will strike some Westerners as verging on mumbo-jumbo (especially when the talk turns to the influence of the planets on health), broad streaks of common sense emerge with unimpeachable clarity. "I do not treat disease," says the elderly Dr. Brahmanand Swamigal, who began learning Ayurvedic medicine from his father at age 14. "I treat people."

Ayurveda teaches that the human body is a microcosm of the larger universe, and American Ayurvedist Dr. Scott Gerson suggests that it's hard not to see a direct relationship between the most common ailments of 21st century Westerners and their relentlessly stressful environments. Writer-director Pan Nalin's film is at its best when he focuses on the meticulous, hands-on preparation of herb- and mineral-based drugs; it's also genuinely provocative to hear Ayurvedists argue that healing should be a vocation rather than a career. Money obtained through the misery of others, they argue, is tainted, a truly honorable ideal almost entirely absent from contemporary Western medical practice. 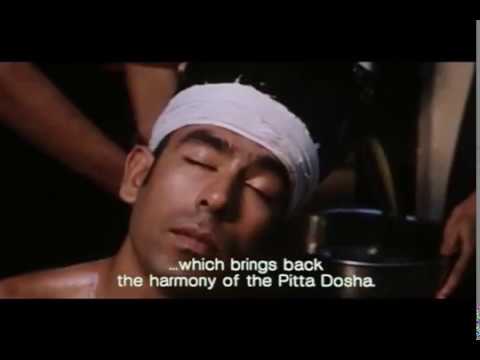